Year 3 will take a trip to prehistoric times for this half term's imaginative learning project, as we imagine what life was like 5,000 years ago. How were people's lives different to ours now? What did the world look like? We will be answering many questions as we explore our history from the Stone Age to the Iron Age.

Stone Age Boy proved to be a fascinating and very insightful read. We used this book as a focus for our whole class guided read following the principles of VIPERS. 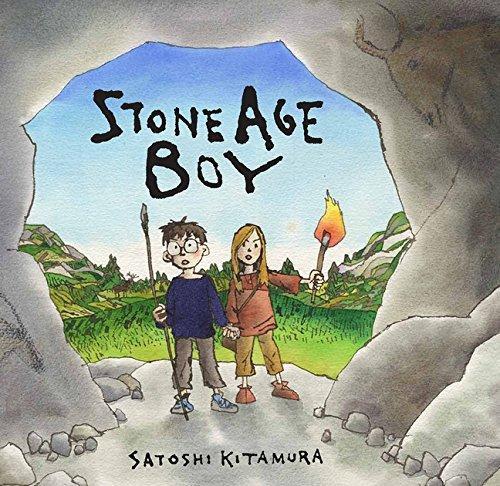 Cave Baby was a great introduction to the topic which inspired our Cave Art masterpieces. We wrote in role as cave baby and focused in on how his emotions changed throughout his adventure with the woolly mammoth. 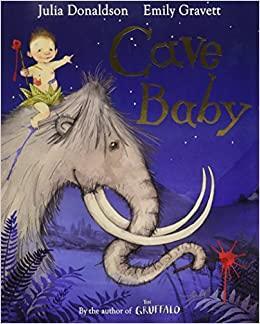 UG was a brilliant to introduce the use of inverted commas, commonly known as speech marks. As the books is retold as a cartoon strip the children had great fun changing what the speech bubbles could say and then writing it in narrative form with direct speech. 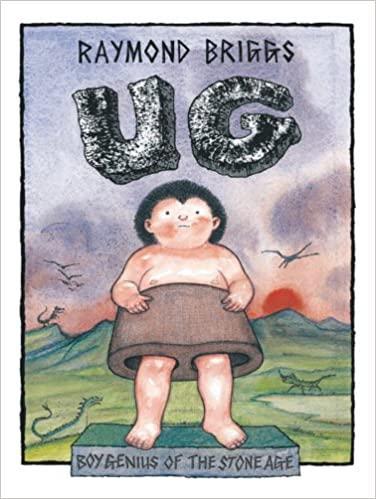 Year 3 have been finding out about the role of an archaeologist. We have found that that archaeologists are interested in people who lived in the past, sometimes quite recently, but more often a long time ago.

They want to find out about these people by examining the things they left behind and the ruined remains of where the people once lived, slept, ate and worked.

​​​​​​​​​​​​​​Year 3 had a wonderful afternoon of being  archaeologists. In Geography, we mapped out where in our school ground would be best to excavate.

We have created fact files about Stonehenge and used powerpoint. The children worked in groups of 3 and presented their findings to to the class. We also created some Stonehenge silhouettes. 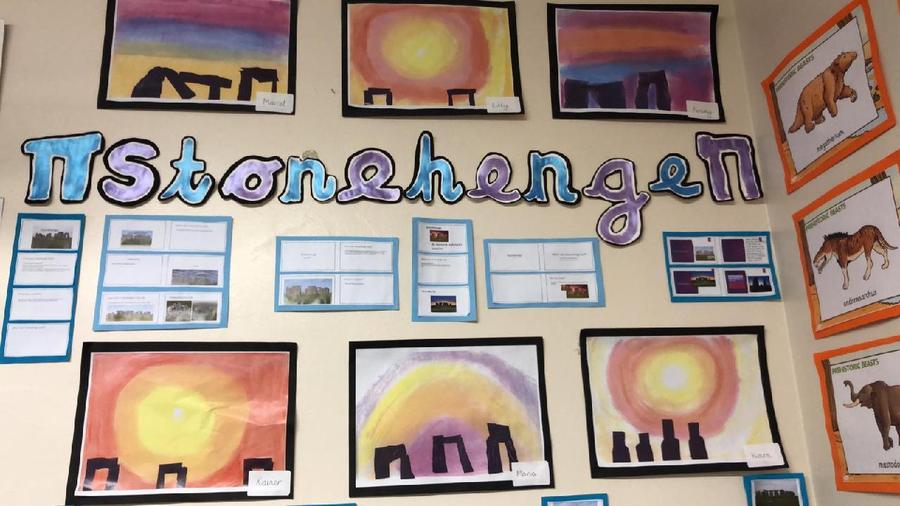 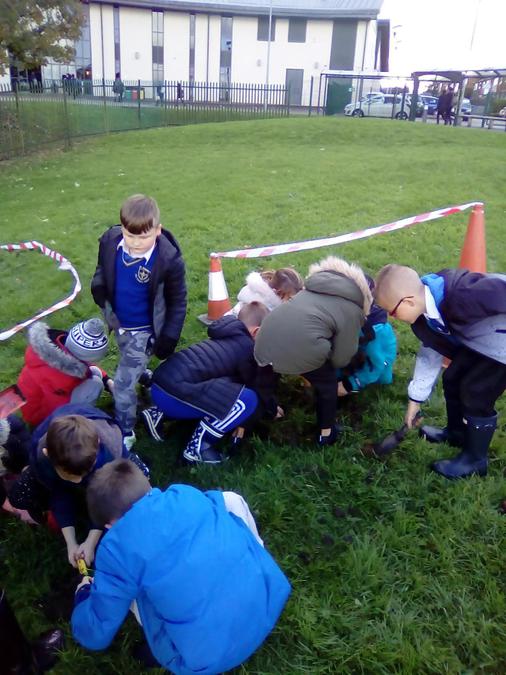 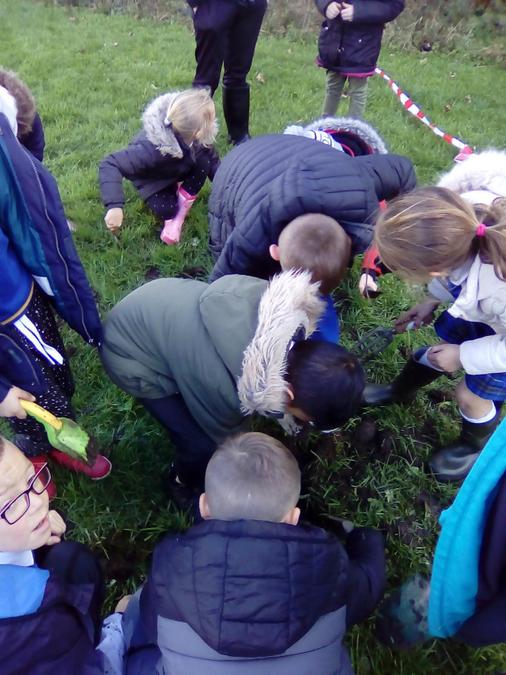 We created some fabulous Cave Art. We displayed them with questions about the Stone Age which wrote at the start of our first History lesson. 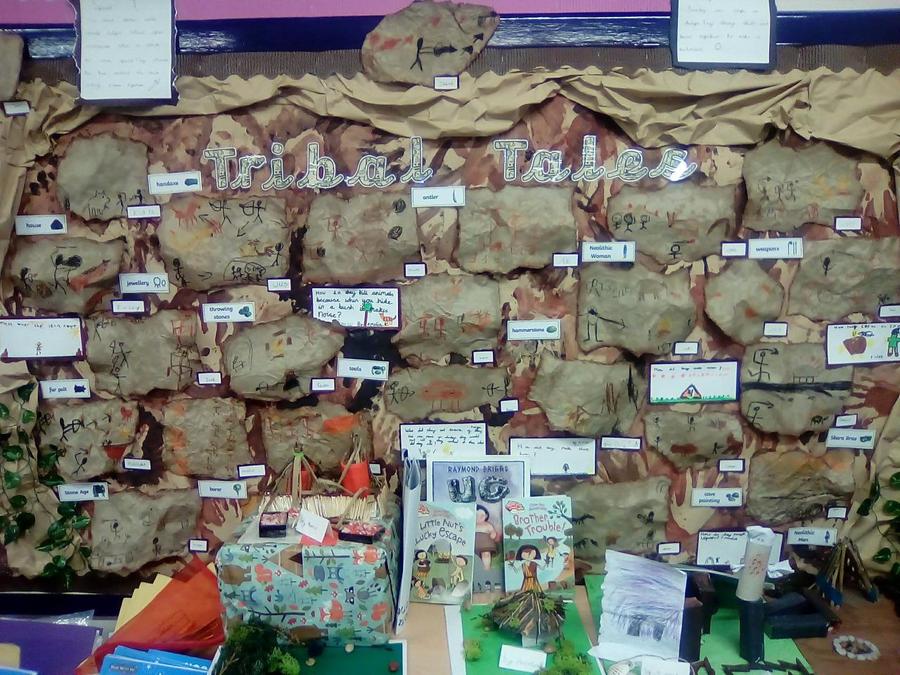 We have received, yet again, incredible topic homework. The children and parents have worked very hard.

In Art we designed our own Stone Age Jewellery using salt dough. Initially, after looking at some artefacts , we sketched some ideas in our sketch books before choosing a final design to make our of salt dough. We then painted them our designs.

We have had many opportunities to write cross curricular in Tribal Tales. We have written newspaper reports about the discovery of Skara Brae, a stone-built Neolithic settlement on the Scottish island of Orkney. We also wrote a travel guide as to persuade people to visit the site through our Geography work, first of all we used online tourist websites about Skara Brae and looked at their effectiveness, We also wrote historical reports about the prehistoric animal, the woolly mammoth. For more example of work check the Class Dojo page. 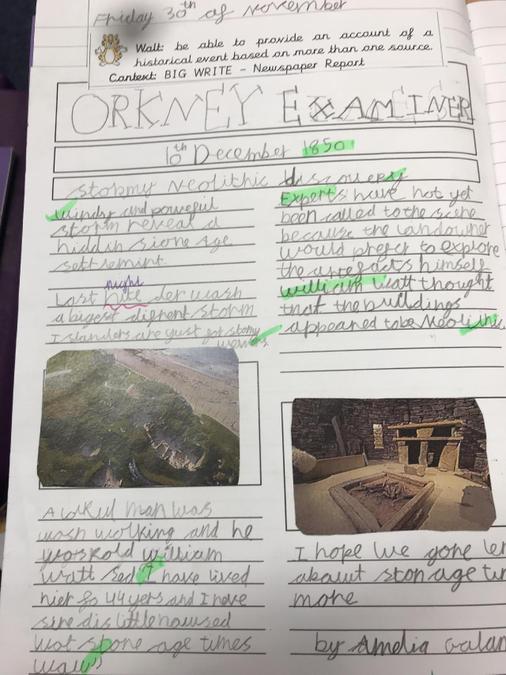 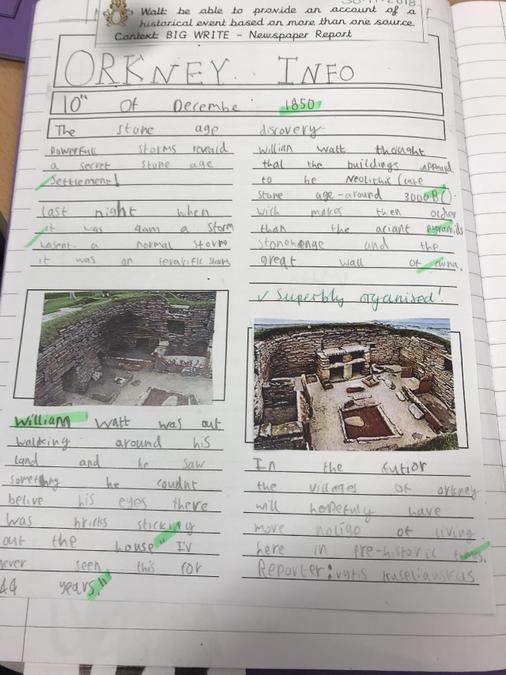 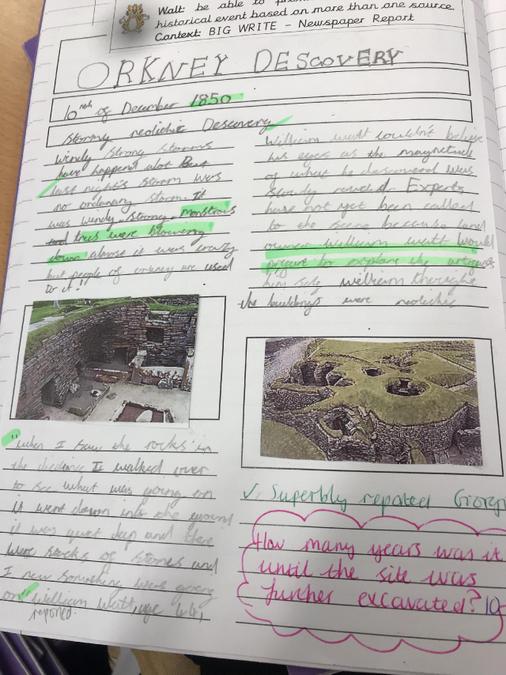 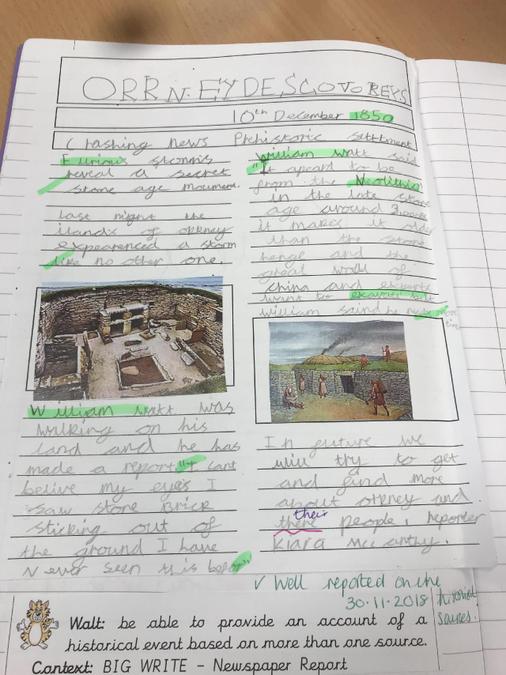 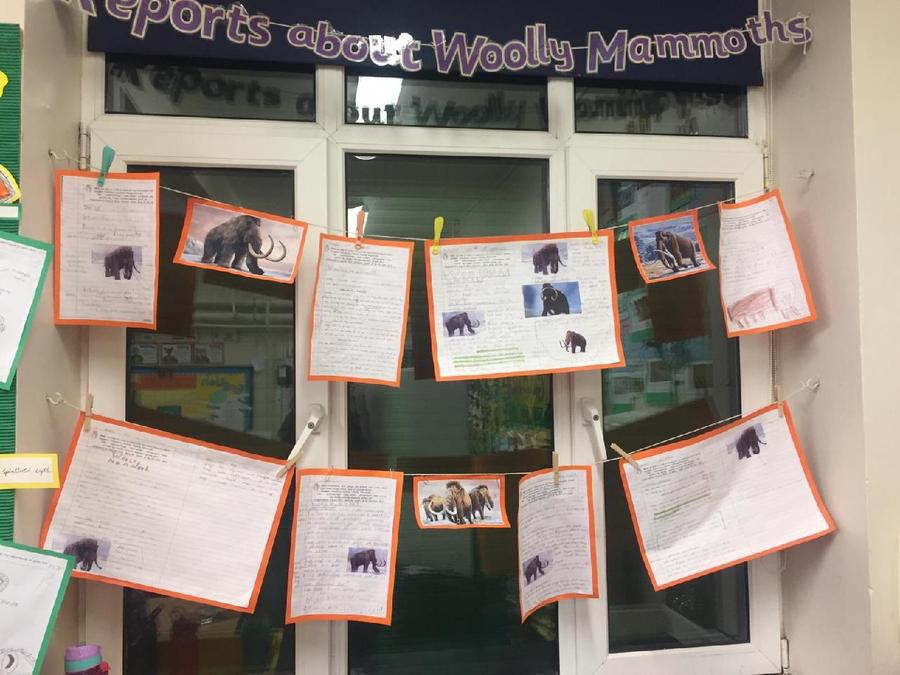 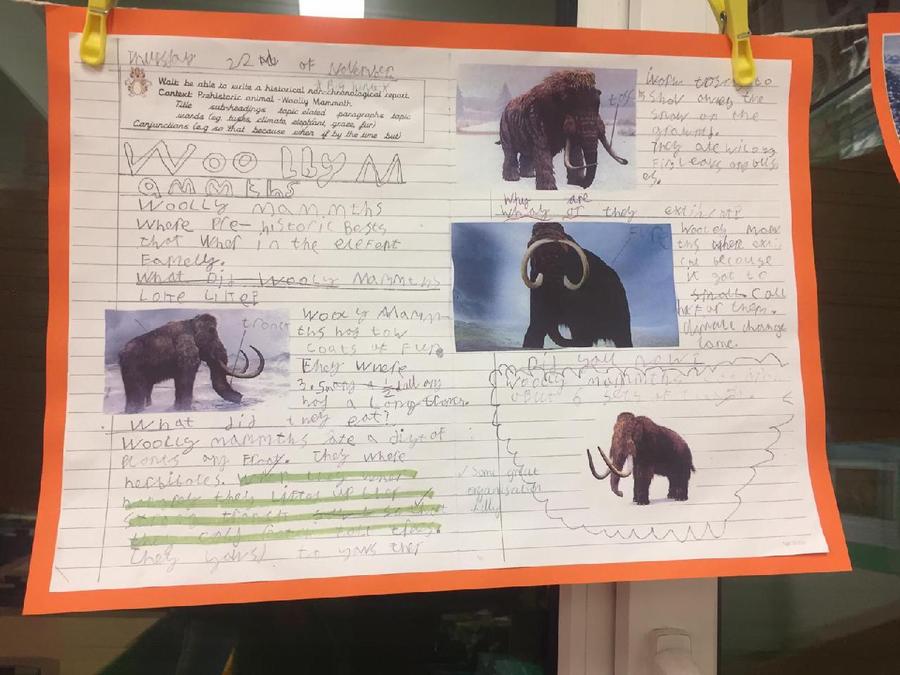 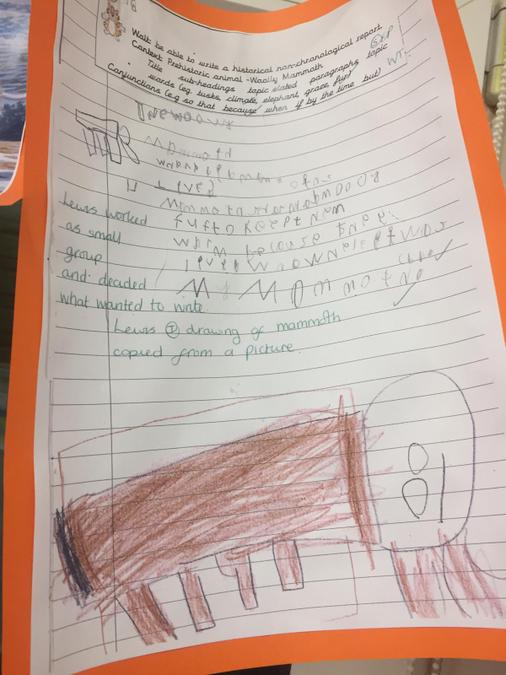 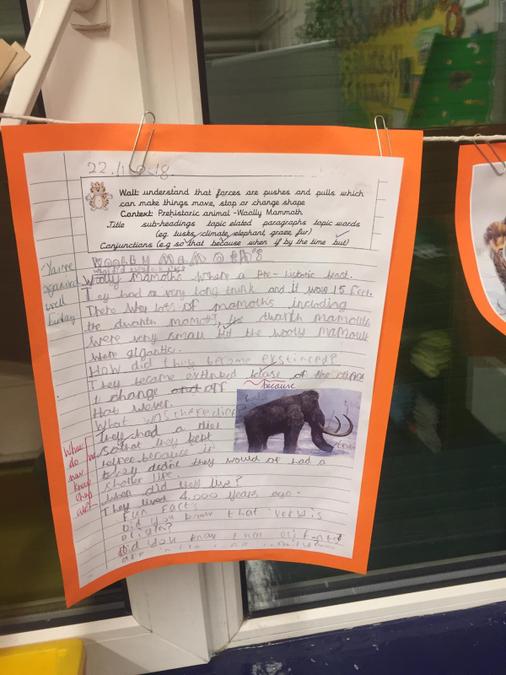