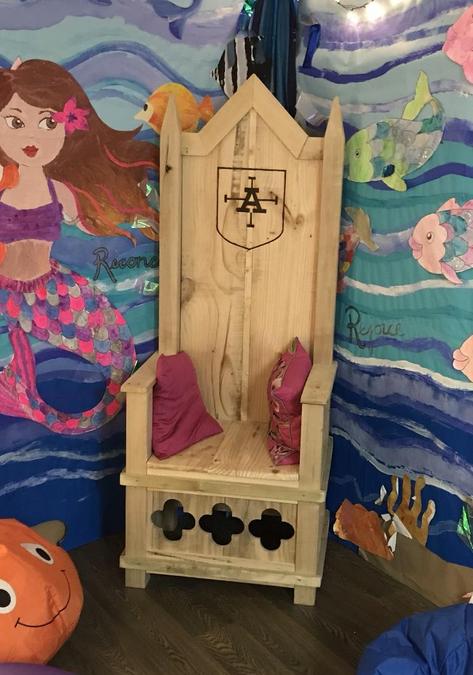 Everyone has a life story! Our Throne of Words develops oracy and communication by developing the children's questioning skills.

The Throne is occupied by invited guests, who very often have links to our school. The children research the guest and prepare questions in order to gain as much knowledge as they can about the person in the seat. We encourage the children to ask secondary and tertiary questions to really probe the interviewee and gather as much information about the fascinating lives our guests have lived. We believe this also builds aspiration in our children as many of our guests are past pupils, who have achieved great things!

Detective Sergeant Bryony Midgeley took to the Throne to speak about her busy role with Lancashire Police.

Plumber and gas fitter Gill Dickinson is a former pupil, who has built a successful career in a male-dominated profession.

The children had the opportunity to ask both these incredibly successful and hard-working women questions they had prepared... 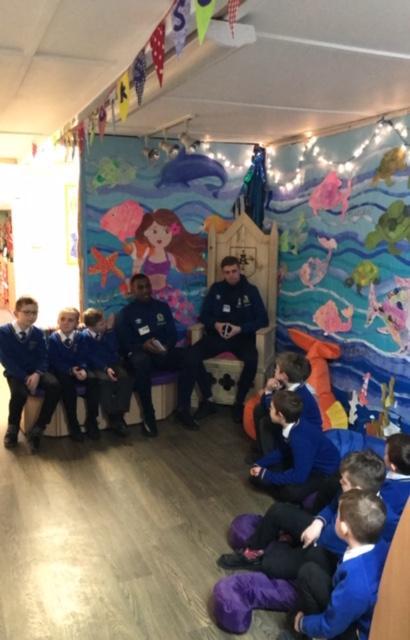 'I asked the players how much they get paid per match and what other career aspirations they'd had other than football. It was interesting to hear that Amari'i had played basketball at a high level and practised sports every day whilst he was growing up; it's made me even more determined to try my hardest to achieve my ambitions by working hard.' Szymon, Year 4.

The children prepare their own questions, there are some budding journalists in our midst! Here are some examples...

Who has been the greatest influence in your life?

If you could go back in time and change an event...what would it be?

What is your earliest memory?

What do you feel is your greatest talent?

If you could choose to be amazingly talented at something...what would it be?

What is your favourite song? 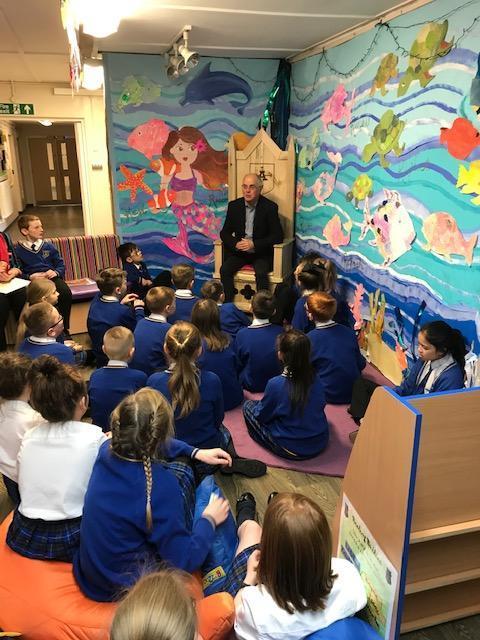 Mr John Bleasdale was interviewed on March 18th. Mr Bleasdale is a Defence Solicitor, who has defended criminal cases in Crown Court. He also worked as a state prosecutor for over ten years as well as in other aspects of law such as conveyancing and property law. Mr Bleasdale answered the children's questions on the justice system; how it feels to defend a criminal who may have committed a serious offence and some of the cases he has been involved with over the years. 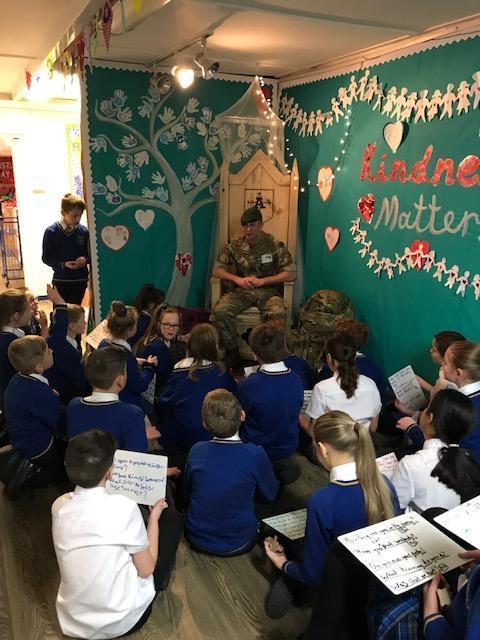 Corporal Luke Whittaker, a Royal Marines Commando, came in to speak to the children in Year 6 as they learned about 'A Child's War.'

He gave a fascinating insight into life as a serviceman, telling the children about his training, travels and active service. Corporal Whittaker showed the children what food rations are like; allowed them to feel the immense weight of the backpack they must carry with them and let children see the equipment that is used by military personnel. This was another fantastic way that learning and aspiration are really brought to life for our children and we are so grateful to Corporal Whittaker for his time. 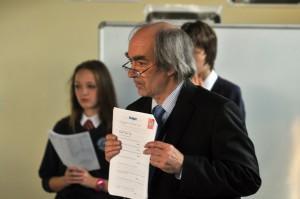 Mr Brian Souter was a Deputy Headteacher in a Secondary School in Chorley until he retired. He then set up the DebtAware Foundation, a programme that teaches pupils about money management i.e. Wants and Needs, Budgeting, Finance and Borrowing, Gambling and so much more. We have been involved in the programme since 2015 and are now also very proud to have Brian on our Governing body. In fact, the Throne of words was his idea! It seemed only fitting that Brian was the first to be grilled by Year 6 on February 28th... 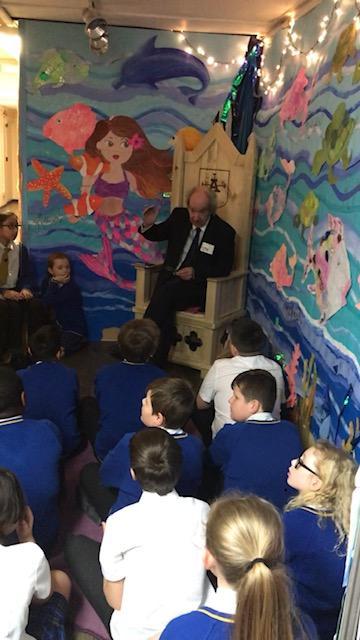 On March 4th and 5th, we welcomed Robert Beardsworth. Robert was a pupil at our school on the day it opened in 1957! He went on to spend 30 years as a Diocesan Youth Officer for Salford Diocese and is a long-serving Lancashire Magistrate. We were fascinated to hear his life story: 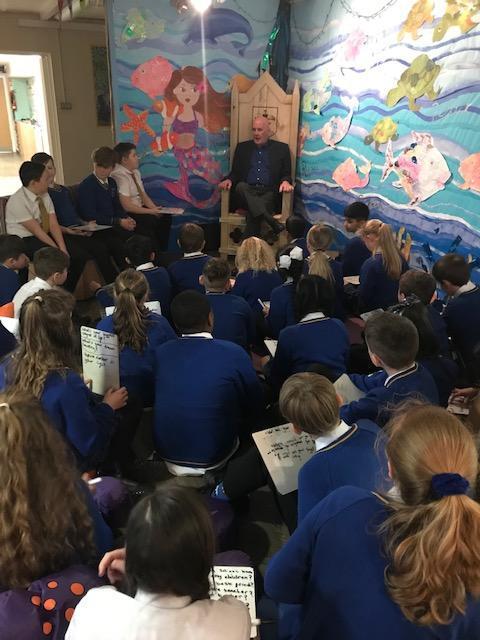 Rehana Ali took to the Throne to speak to the children about how she had been a young carer at the age of 9. She spoke about how this had shaped her future, both as a parent and as a family support worker. The children were also fascinated to learn that, as a newborn, Mrs Ali had been accidentally swapped at the hospital with another baby Ali and passed to the wrong mum! Luckily, the two mums noticed and the babies were safely returned! 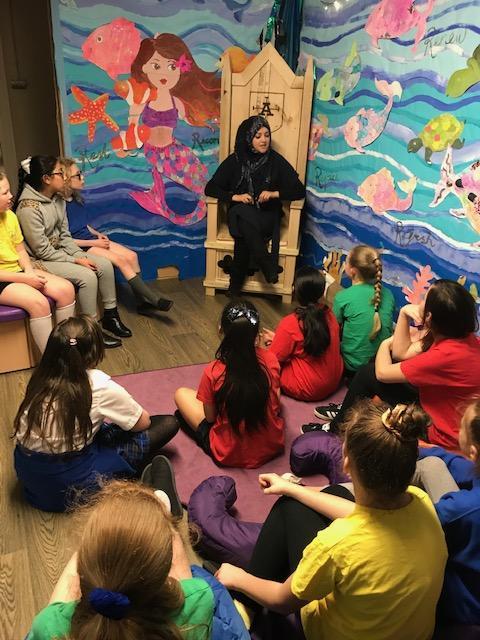 We are currently in talks with other former pupils, who we hope will soon join us on the Throne of Words.

Former pupil, Neal Douglas, spent a number of years as a prison officer at HMP Preston. He has now retrained as an officer in the fire service and has some amazing stories to tell.

We also hope to welcome Bradley Brooks, a former St Antony's pupil who is now taking the world stage with great success as a professional darts player!

Watch this space for more or get in touch if you have a fascinated life story to tell!